Where it all began

Where it all began

Swiss actors Bernie Schürch (born in Thun, 1944) and Andres Bossard (1944–1992, born in Zurich) met in Paris at the Jacques Lecoq École du Théâtre et de Mouvement in 1970. They formed a duo and performed as the street artists “Gody & Pas”. They later called themselves “Avant et perdu”.

Floriana Frassetto decided to become an actress at age 17. She trained at Alessandro Fersen’s theater school in Rome. Then she perfected her craft at Roy Bosier’s Teatro Studio school of movement.

In 1970, Roy Bosier took Floriana Frassetto to a theater performance by Bernie Schürch and Andres Bossard at Teatro Spazio Zero in Rome. Floriana was fascinated by this combination of improvisation and commedia dell’arte. She followed the duo to the café de théâtre “La Vieille Grille” in Paris, where she knuckled down and helped out as their assistant. The three then settled in Switzerland and spent three months turning spoken performances into masked plays. MUMMENSCHANZ was born in 1972 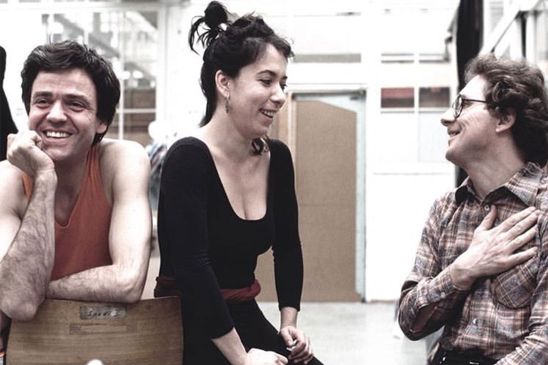 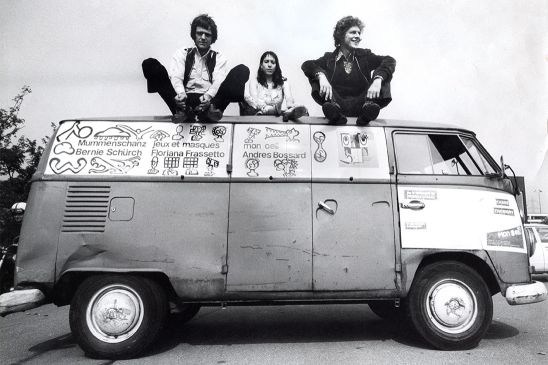 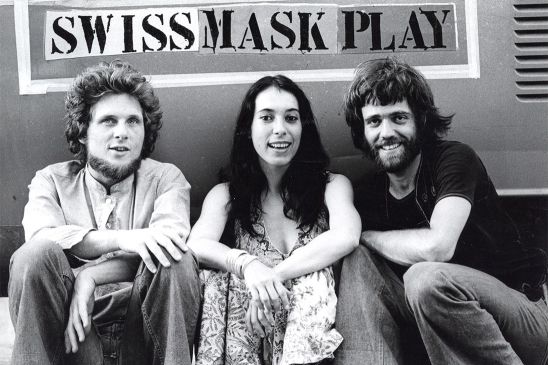 The trio enjoyed a meteoric rise. They were invited to some of the biggest festivals, and made their first film. Their work was increasingly non-verbal. The name “Mummenschanz” is a combination of “Mummen”, meaning to conceal or to mask (similar to the English “mummer”), and “Schanz”, a play on “chance”.

In 1973, they embarked on their first European tour. In fall 1973, Arthur Shaftman, an American theater agent, invited the trio to the United States. What started out as a short trip turned into a three-year stint. After 1977, the group performed in major US cities, before moving on to the “Bijou” theater on Broadway in New York from 1977 to 1980. The group were called upon to assemble and train their first cast for Broadway in 1978.

The founders appeared around the globe and on TV shows such as The Johnny Carson Show, Sesame Street, Muppet Show and The Red Skelton Show.

In 1979, the troupe embarked on what was to be their last tour of Switzerland. Travel, performing and management were all taking their toll. In 1980, the trio took a break:  a year’s vacation, then a year on hiatus.

1980 choreography by Floriana Frassetto for “In Cubo” with Mattia Sbragia and Raffaela Mattioli at the Galleria, Milan.

The three artistes reconvened in May 1981 with new ideas. This was the starting point for a new period of activity. In 1982, the company acquired a studio at the Rote Fabrik in Zurich. They worked on new projects. New routines included the 13-foot octopus and the two big hands. A new type of performance emerged with a brand new aesthetic.

Between 1981 and 1985, they worked on what would become “The New Show”. The show was performed on every continent. In 1986, “The New Show” was staged at the Broadway theater “Helen Hayes” for three months. A new touring company was also put together at this time. While the trio appeared in New York City, new Mummenschanz groups traveled around the US. The “Mumms”, as they’re known in the US, were at the height of their success.

“Mummenschanz” figures became a cultural trend – in theaters, too. Examples include the Giancarlo Sbragia-directed performance of Goethe’s “Faust” in Taormina or “The Magic Flute”, Petit Opéra, Paris. Choreography for “Body and Soul”, directed by André Heller, followed in 1990.

In 1988, the Swiss National Circus Knie hired Mummenschanz for a season. Once again, as in the 1970s, the company employed groups who performed in addition to the founding trio. This period also saw the birth of Floriana Frassetto’s daughter Melanya. 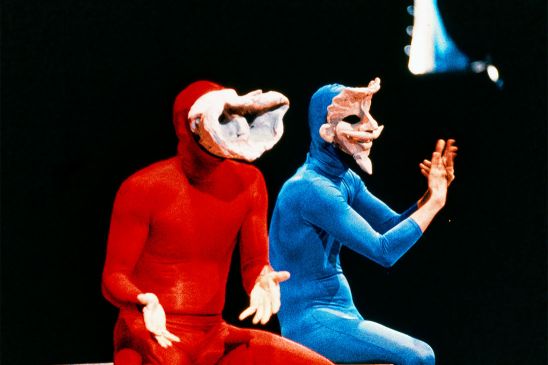 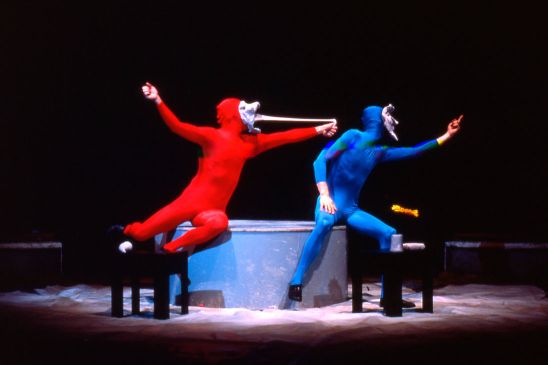 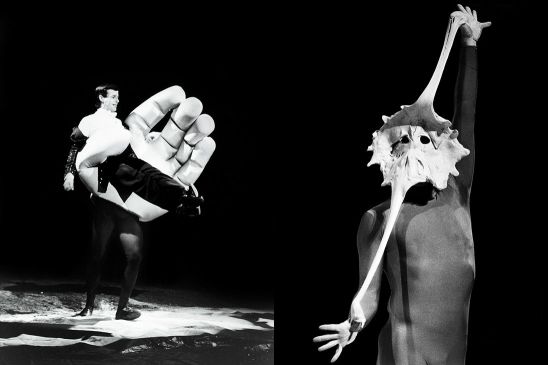 The group took “The New Show” on another world tour in 1991. At the height of their success, Andres Bossard fell ill with AIDS and passed away in March 1992 at the age of 48. Bernie and Floriana mourned their friend and collaborator of many years. Mummenschanz experienced an existential crisis. The surviving members took a break and then decided to try again – “for Andres”.

Finally, Bernie and Floriana revived routines from their early years and combined them with elements from “The New Show” to perform as a duo. The result was the “Mummenschanz Parade” retrospective. They attempted another world tour. John Murphy joined the duo. “Parade” was a huge hit in the US.

The 25th anniversary of Mummenschanz was celebrated in 1997 at the Théâtre Mogador in Paris and the Alice Tully Hall in New York. The same year saw the release of the poetic film “Mummenschanz – The Movie” by Kamal Musale.

Meanwhile, life was getting harder and harder for Mummenschanz. The administrative burden, financial struggles and “living for the stage” – all of this was a source of strain. The company was threatened with financial disaster due to dishonest dealings by figures who were greedy for profits. Enter Hans Jörg Tobler, a Rhine Valley-based businessman and supporter of the arts. He took charge of MUMMENSCHANZ’s money matters and operations and offered the company a new start financially. In 1998, Tobler set up the Mummenschanz Foundation, based in Altstätten, St. Gallen, and dedicated himself wholly to the business for the next two decades as manager and president of the Foundation.

In 1998, Floriana and Bernie began preparations for their new show, “Next”. The theater found a home in a factory building in St. Gallen. New performers Raffaella Mattioli and Jakob Bentsen joined the company for “Next”. 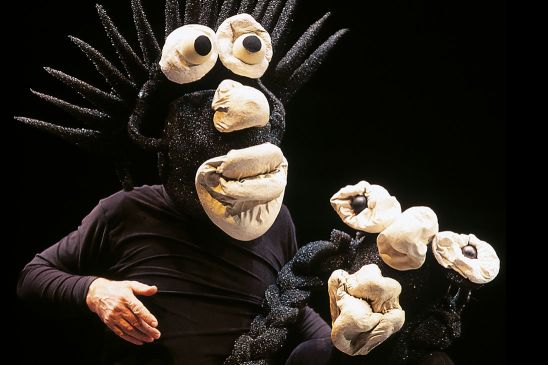 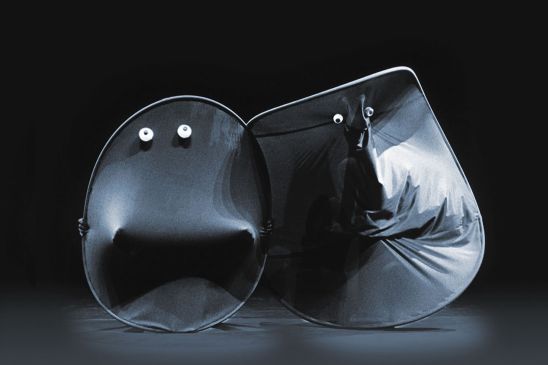 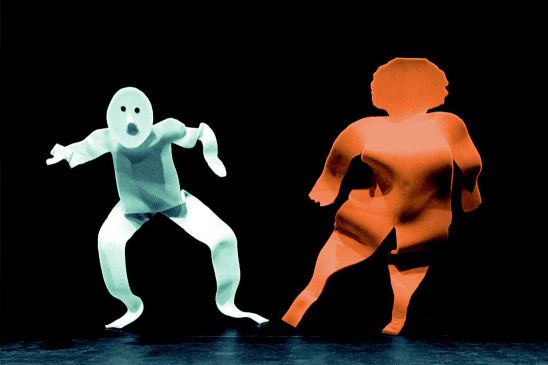 2002 Swiss national exhibition Expo.02. The organizers invited “Mummenschanz” to create their own “Mummenschanz Theater” at the Arteplage Biel. From May 21 to October 20, 2002, “Mummenschanz” performed every day and reached over 10 million visitors, at 90% capacity. The “Mummenschanz-Theater” hosted a short 20-minute “Special” focusing on the theme of time, inspired by Biel, Switzerland’s watchmaking capital.

Mummenschanz began touring the retrospective show “3 x 11” in 2006. Floriana Frassetto describes it as a kind of “best of” her three periods of creativity. The company worked on a range of new projects and ideas. Mummenschanz appeared in Australia in February 2006.

In 2010 Hans Jörg Tobler dies and Markus Simmen takes over the management at a difficult time. He brings MUMMENSCHANZ back to success, including the 40 years anniversary tour.

The Mummenschanz 40th anniversary tour began in October 2011 at Theater 11 in Zurich. The Zurich premiere was the beginning of a major anniversary tour – co-founder Bernie Schürch’s last. The tour ran until summer 2012, spanning venues in Switzerland and around the globe, and demonstrated why the company has enchanted generations of audiences over four decades. 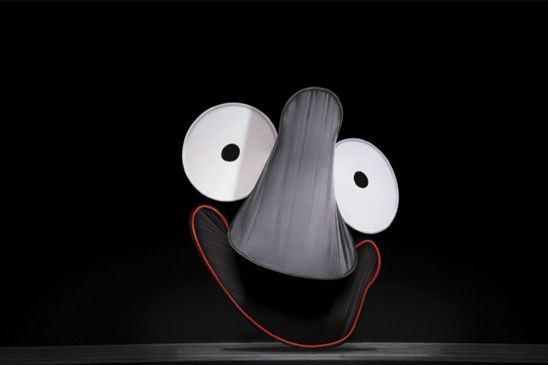 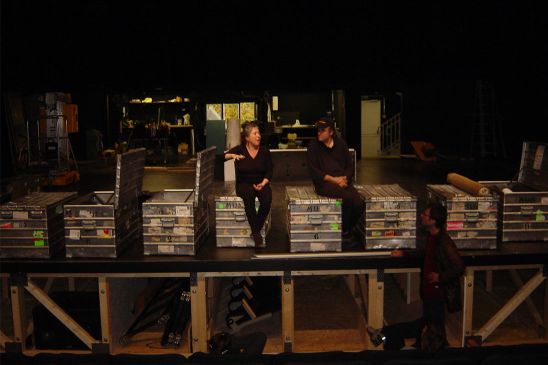 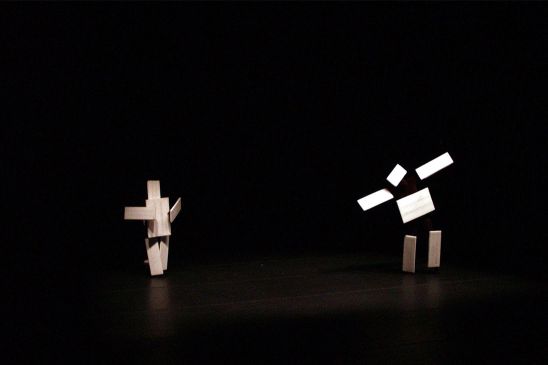 From 2012 to 2015, Zurich-based dancer and choreographer Philipp Egli joined the group. He replaced founding member Bernie Schürch, who took his final bow on June 17, 2012 after 5,700 performances, aged nearly 68.

From 2016, Mummenschanz appeared with a new face and new content – the epic stage show “you & me”, which was a hit on tour in Switzerland and abroad. The new show drew huge audiences. “you & me” is funny, melancholy, joyous, romantic, surprising, enchanting, dramatic and exciting – all at the same time. The show interprets scenes from everyday life in an inimitable style, without words or music – touching and entertaining people of all generations. Once again, Floriana Frassetto took the creative reins.

During the global lockdown, Floriana Frassetto and her troupe took the time to prepare the new anniversary show, “50 Years”. This is set to premiere in Zurich on December 10, 2021.